The young herald's boots clamped the entire way down the hallway. He passed room after room. Each was filled with books and study tables. Some had fireplaces and couches. Finally, he found Junuh lying on the floor by a fireplace with books and scrolls spread out around him.

"Hey, fool. My grandmother is waiting." Stephen smiled as he caught Junuh's attention.

"Oh, you think I'm not ready." Junuh got up quickly, marked pages with ribbon, and closed the books. Then, he slid the scrolls into a pile and rolled them together.

"You're gonna be sorting them for a week if you do that." Stephen scolded playfully.

Junuh smiled. "Don't be talking trash just cause you can't fathom my organization structure. Let's go." On the way out of the room Junuh tapped a stone bracelet on his wrist and whispered, "Stephen and I are starting down the hallway."

The magic weaved into the bracelet teleported the message to Gorn, Junuh's guardian, who waited for the boys outside the Avast Library 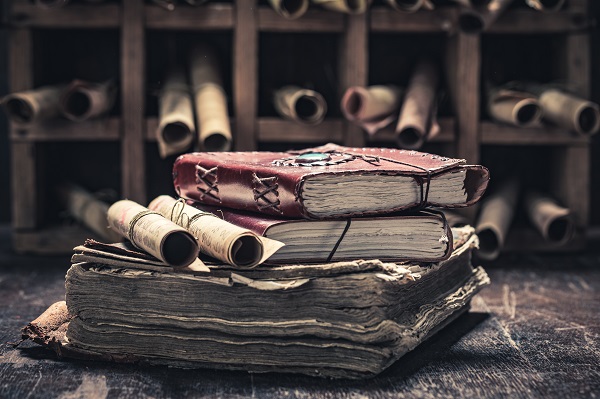 The books and scrolls Junuh carried were about Geology. One of the Master Sages was working on a compilation of all the types of rock and stone in the Anhult Woodlands. It would eventually be a Primer for the scribes' training at the Library. As a senior scribe, Junuh was responsible for a research project. He wanted to know more about the Korumkak Bricks found in ruins all over the woodlands. Progress was slow, but Stephen's grandmother had some knowledge of the ecology and geology of the region. Perhaps she could provide a boost.

So far, he had worked out that the majority of the brick was composed of an alkali feldspar mineral. The tetrahedral structure of the rock formed what could be described as crankshaft chains. Those chains were used to mix in basalt and bloodstone to form a dense and magical brick. When the bricks were made, transmutation magic must have been used to turn the chains and make a homogenous mix of the minerals. He had made some other notes:

Bloodstone is for courage and resilience

Moonstone is a guiding light

The bricks are a compound called Charlinorite

When the walls of a room were built with the bricks, the space became warm and inviting. A comfortable light spread to every corner. Junuh had even seen illusions coaxed out of the wall if enough Moonstone was present. However, he was interested in finding out if the presence of basalt would allow for the creation of doors from a solid wall or, even better, could a portal be created. 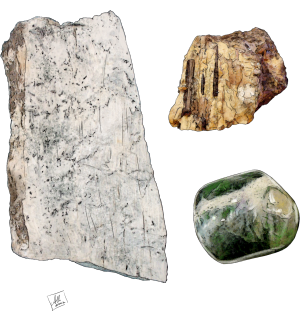 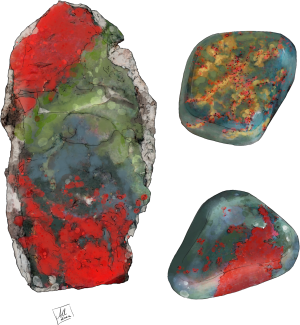 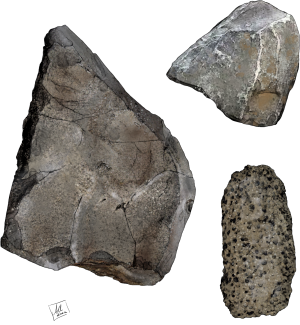 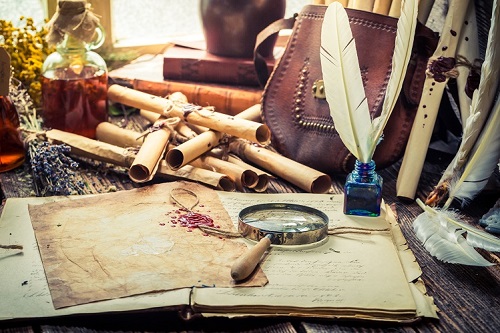 The boys and Gorn walked down the street to Stephen's Grandmother's shop. A sign above the door read "Miss Maggie's Herbs: For Healing and Living." The buildings in this section of Etonia were all built at the same time and in the same style. Miss Maggie's shop stood out on the street. A warm light always extended out her windows. Plants grew in every space on the walls and open space outside the building.

Inside the air was a heavy mix of floral and earthy smells. Makeshift shelves and displays made from crates filled the front room. Every flat surface exploded with dried bunches of plants and jars filled with different kinds of rocks, seeds, and bones. Gorn waited outside, he was a large man, and there was not enough room for him to walk in the space without knocking something to the floor.

A few customers milled around the room and looked up at the boys as they entered. Singing could be heard in the next room. The boys slipped back to the house's kitchen to find Miss Maggie stirring a large pot in the hearth.

Oh, Junuh. It is good to see you. Give me a hug." After Miss Maggie's customary greeting and discussion on how the boys' day went, she asked, "Now, what was it you needed more information about Junuh?"

"Well, I was hoping you knew something about basalt. The Korumkak Bricks must have it in them for a purpose. I think it could be to make doors or portals." Junuh started confident but slowed to see if Miss Maggie agreed with his hypothesis.

"Hmm. Could be. But you know what?" She stepped over to the door to the front room, "Grandma Willow, could I pick your brain?"

The elderly customer made her way back to the kitchen. "Your grandson is growing so fast, Miss Maggie. And this is his friend Junuh?"

"Oh yes, they are bean stalks!" Maggie added, "And smart as whips. Junuh, Grandma Willow here taught me half of what I know. She might be able to help us out."

Junuh explained his research project and how he hoped to unlock more properties of the magical bricks. "All the components are there for making doors or perhaps portals. Unfortunately, I don't know much about basalt, so I'm stuck."

Grandma Willow nodded, "I see. I see. That is some good insight." She sat her bag on a chair and shuffled through it. "Ah. here." She pulled out one of the bricks and let it thud on the table. "All the basalt in there, but how do you access it at the same time?"

Junuh sighed, "I don't know, it's all feldspar. There isn't much I can do with that."

Stephen joked, "Yeah, feldspar is like eighty percent of the rocks in the forest. Nothing magical about that."

"Moonstone is a crystaline form of feldspar." Grandma Willow reached out and touched the brick. Her whispers danced down her arm and into the rock. The feldspar chains twisted and tightened. Moonstone gems began to grow. The gems spread around the basalt. The brick started to emit light and went from a dull grey to a translucent yellow.

Beside the brick, a hole opened up on the table's surface. A wooden plate on the table fell into the hole. The brick returned to its grey color as the hole disappeared. In the ceiling, another hole formed, and the plate fell through. The plate bounced when it hit the table and clattered onto the floor.

The boys cheered and laughed. Junuh couldn't believe it. "That's what the moonstone is doing!"

Grandma Willow paid Miss Maggie for the dried flowers she was purchasing, and while they were busy absorbing what had happened, she went out the front door. Outside, she paused for a moment to look up at Gorn. She put a hand on his arm. "You are doing a good job with the boy."

Gorn smiled as the pleasant old lady walked around the corner of the house.

Thanks for reading! Be sure to watch for the Geologist's Primer Kickstarter in Late 2023 so you can maximize your own elemental magic! Get quick access to more flash fiction, poetry, novels, and ttrpg games built around my stories by joining my newsletter or following my world: 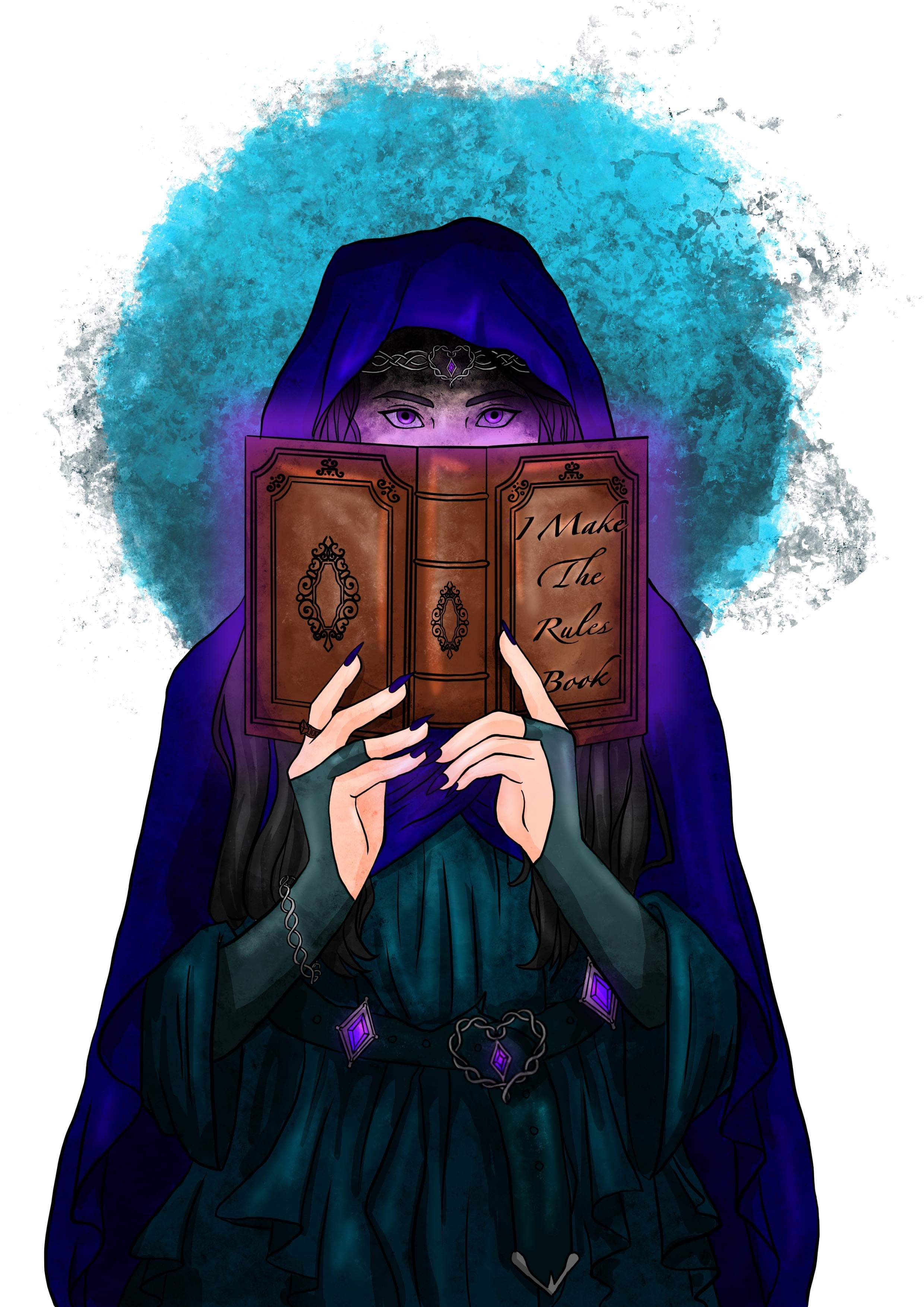 Love the way you weave story around the charlinorite. Makes it fun to read and get to see how the people in your world see it :)

Thanks! I like to walk around with them too. 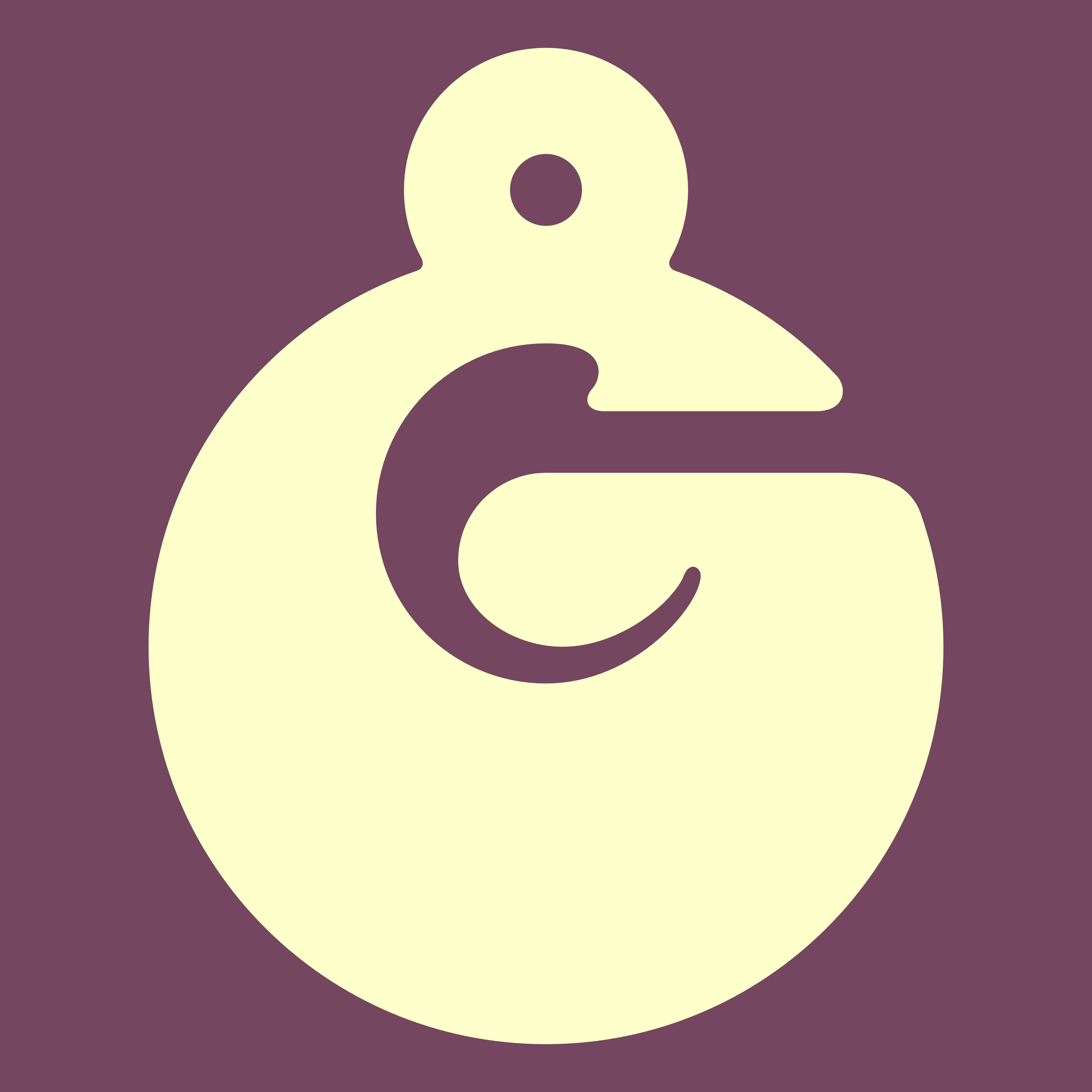 Ooh, I do appreciate the prosey approach to an article!

Thanks! This was a fun story to uncover while I thought about the material.