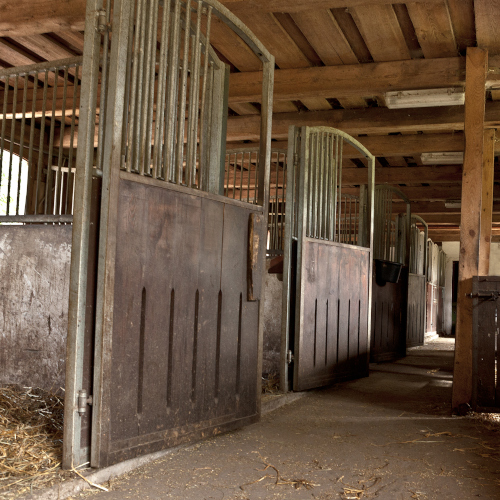 Deep teen voices echoed in the night. Plans had been hatched earlier in the day. The metal rollers of the barn door grated. The voices stopped. The barn was empty. The stalls in the front were empty, only the goats bleated in the back. Micah grumped, "I think the cat ratted out our plans."

Jason looked around the far side of the barn, "Nothing here."

Wil put his hands in his pockets, "I'm sorry guys. I thought the creatures would be here for sure. Maybe something came up and the knights took them out on patrol. Azriel wouldn't have given us away."

Airy put a hand on Wil's shoulder. He didn't respond much so she put her hand by her side.

Jason came back around, "Well, what should we do now?"

Micah jumped on that, "Druid circle!"

Airy spoke, "I don't think we are allowed out there."

All three boys looked at her at the same time. That was the first time she had spoken to them in the group. Micah reacted first "Ah, well at least our group will have a moral compass now." He pointed at Airy.

Jason chuckled, "It's ok Airy, we are pretty tame but we have to find something interesting to do tonight."

Micah added, "We could get the fire going and tell stories. Who wants to hear about the scars the wolf gave me again?"

Airy looked to Wil. He shrugged his shoulders and nodded. "Sounds good to me."

The fire crackled and snapped. It's warmth lit up the space inside the circle of tall rocks. Sounds of insects and hoots filled the trees but even they seemed damped. The world felt far away.

Micah had his shirt pulled up and described the wolf - "five times larger than a regular wolf." It had latched onto his torso. He pointed to the scars. "I was getting dragged out of the root cellar where my family had been hiding." His father and older brothers hit the wolf with a spear, a club, and their bare hands. "Dad held onto my leg while he hit the wolf in the head with the club." Mica remember the sound - it echoed. "The crack was so loud but the wolf didn't die. It did let go and ran off. I was lucky."

Wil added, "You were lucky you were brought back to a village in time to get patched up too." They all nodded.

Mica asked, "What about you three. You were all kidnapped by the old Mayor's goons, right? Your brains were going to be goo-ified in some experiment?"

Jason nodded, "Yeah, I had just taken a delivery for my mom out to Samuel and O'mara's place. I found the two of them hiding in the barn. Their farm had been attacked. We didn't get far before we were caught."

Will added, "Thom and I were moving the goats to a new field. The goats did better than us at getting away."

Airy sat quietly for a while. The boys waited for her. The mood got somber. They just watched the fire. Wil put his hand on her shoulder.