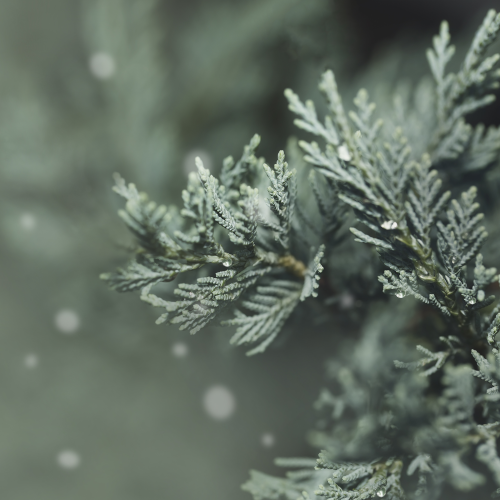 Insulated feet padded through the snow. The harsh cold washed over the old Shaman's home thirty years ago, but even its magical force adhered to the laws of nature. With enough travel, the secrets of the land unlocked again. Month after month, each journey brought together the means to survive this day.

A shiver rippled up the Shaman's spine as he released the energy of the land. The thorned vines he called from the ground withered around him. Choked underneath the vines, a massive beast laid motionless in the snow. Bent scales and wounds littered the body.

The thirty-foot Juniper behind the beast released the tail from its tangled branches. The tree lumbered back up the hillside, rooting itself back into its place. The Juniper had answered a whispered prayer once meant for the Sandlewood and Fig of the old forest. The sturdy Juniper, true to its lore, became a protector of health and home.

The Shaman's other companions fought without fear. Their attacks hit true, but so did the beast's claws. A brutal melee ended with the beast taking the upper hand. As one companion after another fell, the Shaman reached into his satchel, desperate for a solution. 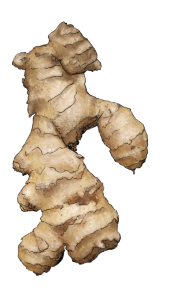 The touch of the single remaining piece of Ginger root bought him time. He had used similar pieces many times to halt storms that rolled across the land. When the beast roared and released its deadly cold, it hit a wall of force. The ginger had crumbled in the Shaman's hand as it stopped the incoming storm.

A groan brought the Shaman's attention back to the present. "River Bend, help."

River Bend dug into the snow. After making several holes, he found a tangled tussle of sweet grass insulated under the snow. He snapped several blades and rolled them into a ball. He chewed it for 10, 15, 20 seconds, then spit it into his hand. The fight already crushed the chrysanthemum flower in his satchel. He brought the two together and laid it on his friend's wound.

Time offered no space to monitor the healing. So instead, River Bend raced to the next fallen friend.

The scout returned to the group, now resting by the vanquished beast. "River Bend, the only tracks I found were of two large snow leopards. They were heading to Leif Fallen's Cay."

"I must catch up with them. Stay with the kill. We will get help from the Cay to move it."

"How will you..." the scout asked River Bend while the old Shaman bent forward and shifted his form into a large snow leopard. The scout stepped aside as River Bend bounded past.

It had been decades since he had used his ability to shift into an animal. While he ran, he scoured his memories of the time before the cold washed over the land. Then, as the pace of his paws in the snow became routine, he remembered a quiet moment.

A youngling's feet dangled over the edge of the narrow walkway in a cave. Fish darted in the warm water below. Water came from the back of the cave and swirled down into the pool in front of them. The pool whirled. Rumors said it led down to an underworld. So much water poured from the cracks in the back of the cave that the whirlpool could not drink it all. The pool overflowed to become the source of the Iwgolon River.

A younger River Bend walked along the narrow walkway from the back of the cave and sat by the youngling. He recanted the story he had said many times. "This is where I found my name. Four domains meet in this place at the River Bend. When I saw it, I knew my name. You will find your name soon."

It was a lost moment, almost forgotten due to its pain, not because of his age. An unknown assailant took that youngling and many others, but this one in particular had been a gift of peace and optimism. He hoped that was who had returned

I appreciate you reading my flash fiction article. My flash fiction doubling as worldbuilding may get used as background for ttrpg games or as content in other writing projects.

To learn more about the plants mentioned, use the Herbalist's Primer (coming soon) and other great ttrpg products from www.doubleproficiency.com (disclosure: I work with Double Proficiency. This was not a paid ad, just my excitment about plant lore.)