Disturbance in the Atmosphere 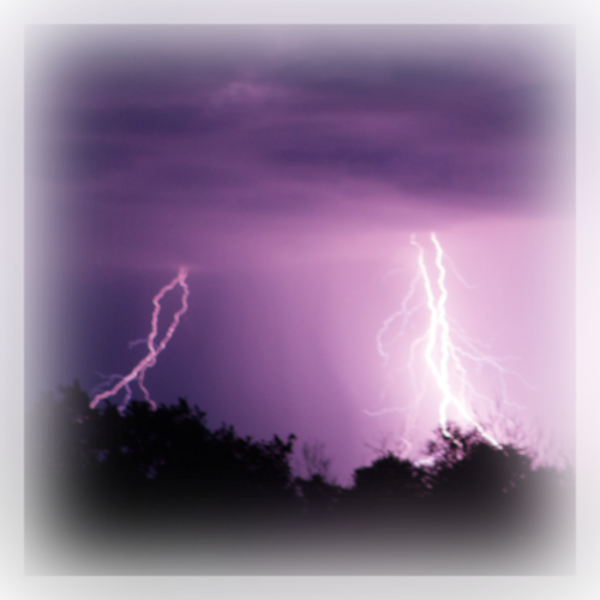 Monty brought his family through the forest. His wife, Minty, behind him with Maddie "still in the oven." Followed by his oldest son Flinty. The last in the line was Gorna, his daughter and soon-to-be middle child. They lumbered between the trees. Each step placed in the mark left by the person in front of them. The procession was slow, orderly, and calm. Minty brushed a branch and left a break on its tip. As Gorna passed the branch, a wave of her hand repaired the damage. They were barely detectible

Rain poured from the sky as it had all Spring. With each lightning strike, the troupe stopped. Monty listened for more signs. They had been on the move for two weeks. When they started those many days ago, Monty had talked of the visions that called to him into the forest. It needed them. The forest had been in pain, but now the voice was gone. It felt important to him that they have faith in the call and continue. They needed to show up, and they were getting close.

The sound of another crack of lightning filled the forest—no visions. Yet, Monty sensed the urgency gathering with the storm. Something was coming. They needed to be there - at the place the vision had shown him. He looked back at his family. They had faith in him. That was what the forest needed too, faith. He surged ahead with a deep grunt. His son echoed. They had walked through the night.

As dawn arrived, the rain clouds cleared. The family had bypassed towns and camps. They kept hidden from wolves and bears. Now, it seemed to be the time to stop hiding. They called out under clear skies. They let their chanting fill the forest. They were so close.

The family continued down one more ravine. They followed the next ridge to the top. There was a clearing. In the center was a dark, broken, charred tree. That lightning had been speaking after all. Beside the charred remains, a new tree was growing. Its crown, already towering over the family's height. A child sat beside the tree playing with a man's decapitated head.

Monty went up to her and knelt. His size dwarfed the young girl. He told her that head was not a toy. Life needed to be respected. He extended his hand to her.

She took his hand and stood. She said the storm brought her. The forest said he would arrive. Her name was Calioma. She kicked the skull away then helped the family set up their camp.