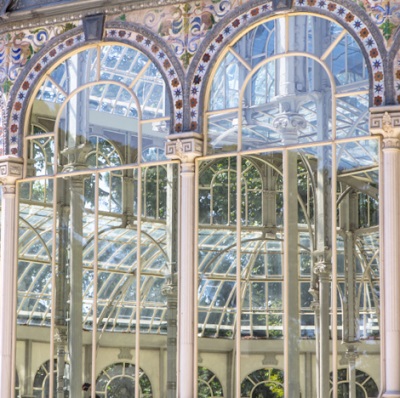 Royal Library of the Spring by iStockPhoto.com\CAHKT

She saw Kibber's ears fall flat. The guards had stopped him at the entrance to the library. Why were there guards stopping people? The door already had a lock and security check. She couldn't hear them talking. Ugh! There was too much noise from the birds outside.

Kibber did not have the elderflowers she had asked him to gather. They were not going to let him enter. What did he do? She stepped onto the minted path that led toward the door. She would get to the bottom of this.

The verdant green surged with her from the alcove where her tree stood. Skylarks swarmed and circled outside. Their incessant calls quiet after a resounding clap of thunder.

The Storyteller looked up. Clouds hid the sun from the stained glass of the roof. Rain slipped between the panels of glass and a drop landed on her hand.

She was a servant of the Queen. A Storyteller gathered stories and warehoused knowledge. An essential task in a land often overwhelmed by emotion. The Queen's Might muted that emotion so the realm could function. It allowed the Storyteller to collect a never-ending supply of stories. Critically, it held the library together.

Another cold drop landed in her palm. The sensation brought a frigid realization to her.

The Queen's power was fading, and her own power was becoming untethered. Was the Queen in trouble or blocked?

The Storyteller raced back to her tree. She felt guilt. She should not have thought Kibber had done anything wrong. She had to be stronger than that. She felt frustrated. She had let too much out already.

Down the length of the grand hall of the library, the others stepped forward from their trees. Several put their hands out to catch rain drops. She had to concentrate. Don't worry about their stares, she told herself. They aren't to blame, she isn't to blame, Kibber isn't to blame.

She touched the tree and deposited one last story. 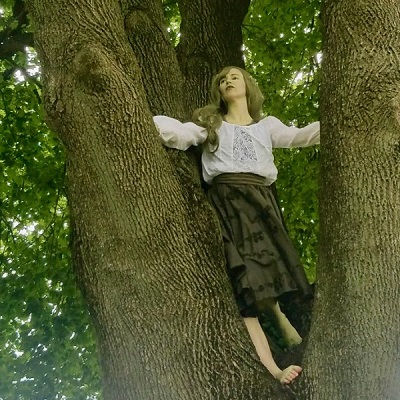 A Storyteller and Her Tree by Pauline


"Storyteller, step out of your alcove." The guards arrived.

"The governor's story must have been true. He was appointed to test the library." Another commented.

"Look, she is spilling emotion out across the floor."

Her anger swelled as they spoke the command for her to reset. The thorned vines stopped inches from the guards' throats. The stained glass from the ceiling shattered. The skylarks swooped and dove into the once sealed hall. The guards ran for cover as the supports in the walls of the library shriveled.

After the storm, she could hear the patrols in the forest. Over the next couple of days, they removed some of the other trees. She could not remember what had happened before the storm. It was ok because she could tend to her flowers. They needed her attention.

I appreciate you reading my flash fiction article. This story fleshes out some ideas for a novel I want to write. Thanks to my Twitter friend Anne Apart for the Perspective prompt. My main character could not see everything happening but Kibber had eyes on this event from the outside.