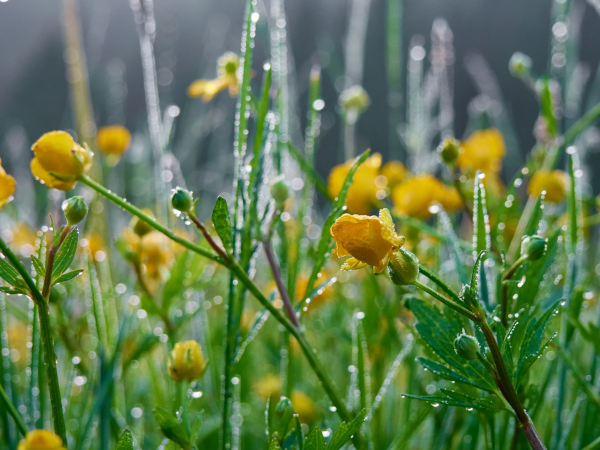 Frost on the Grass and Buttercups by iStockPhoto.com\kulbabka

There was a frost on the grass. The Storyteller exhaled. Damp, cool air made her breath visible. She pursed her lips and held them tight. A deep breath in and one more exhale through her nose. Her eyelids, wide at first, inched down until closed. The thin lines of her lips upturned at the edges. Her short hair flowed gently with the momentum of the breeze picking up around her.

She sat near her tree. Wet days had led to the formation of a pond along an old path East of the tree. It had a thin layer of ice on it. Her flowers, buttercups, struggled in the cold. She had been speaking words of encouragement to the flowers.

Warmth radiated from her breath into the world. The frost on the grass melted away. Cracks spread across the ice on the pond. Her flowers spun, dancing in her rays. Spring returned to the space around her tree. The air shimmered with waves of heat.

She was not alone today. Kibber had returned to see his friend. You may not know Kibber, and she did not remember him either. He was a small creature, timid in some ways but brave in others. He was a reflection of what the region had once been. Both were an intersection of opposites in a delicate balance. 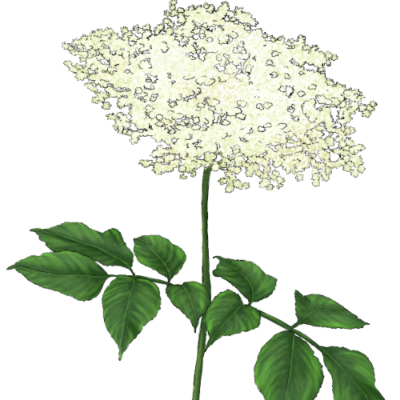 Kibber had the ears and rear feet of a rabbit but the face and front paws of a cat. A juxtaposition of predator and prey, curious and bold yet timid and gentle. He stayed in the distance for much of the day, watching his friend tend to her garden. Then, as he approached late in the afternoon, his ears stretched tall. He stood on his hind legs. "H-Hello."

The Storyteller turned her eyes toward him. Her face flushed from the heat. She smiled.

"I brought you some elderflowers. I don't know what they are for. One time you told me you needed them." Kibber set the flowers by her side and stepped back with reverence.

Curiosity blossomed around her. She reached for the flowers. "Thank you for such a generous gift. When did I ask for them?"

His confidence rose, "Before the storm and the guards and well, the cold and the war." She looked around. She had felt the cold, as had her garden. She had seen the patrols through the forest. Kibber nodded.

Her questions continued, "There was something before the storm. We were friends?"

Kibber could have melted in the warmth, "Oh Yes! You would deposit my stories in your tree. See, right here." He showed her how it worked. "I deposited over 100 stories! Yeah, put your feet there. Then, reach over here." 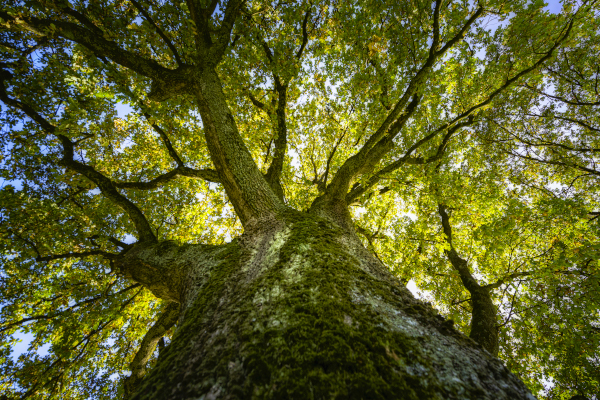 Big Oak in the Sun by iStockPhoto.com/martinwimmer

The last story deposited had lingered on the surface. It released into the Storyteller's mind the moment she connected. Thoughts and emotions tumbled from the tree to the Storyteller. First, a bubbling trickle. Then, a rushing current. Her eyes went wide. She gasped.

In that last story, she told herself how to access more and more of the library stored in the tree and her. The story informed her. "You had run to your tree as the library collapsed. I don't know who turned the influence of the Queen away. I suspect..."

She found Kibber's stories. He had so many small moments of joy, but in each, she now saw a danger rising in the background. Shortages, limits on work, restrictions on movement, poverty, and punishments while nobles thrived. A cycle of debt and obligation that drained the energy and emotion out of the region.

A status quo that was not sustainable. When the Nobles turned their sights on each other, Glain made his move.

She compared more stories. The Noble House of Glirain of the Lavani Court had fallen. Glain, the stepson of Glirain, had convinced the people that the Queen was their enemy. Warmth was banished from the land, replaced by dark, cold, and reclusive forces.

Often during the time after the storm, the stepson had been to visit her. Including this morning, he had brought more cut flowers. Designed to win her favor, his selection enhanced his charms. The elderflowers dried would help counteract his influence and insight. He was checking to make sure she didn't remember what had happened.

She turned to her friend.

"Kibber, I remember." He started to purr and settled into his old spot next to the tree.

I appreciate you reading my flash fiction article. This story fleshes out some ideas for a novel I want to write. Thanks to my Twitter friend Anne Apart for the Perspective prompt. For different writing perspectives of this same event read Storyteller's Home and Storyteller's Dilemma. 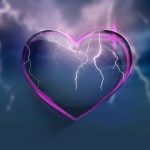 Hope for a good ending! Yay! I like the way it started a little vaguely, that it could be placed before the previous events or after them. Nice work!

Lilliana Casper   I don't comment much, but I love reading your articles! Come check out my world, Jerde.
Powered by World Anvil