A compilation of notes regarding the exploits of these fine folk

Certainly we all know a kind and gentle halfling. Good hearted and brave, ready to stand up to oppression, and trusting in their community. You have to earn that trust and know their robust eating schedule to win their friendship. I set about this project to learn more about their disappearance. Some of my colleagues will jest that this effort was only to restock my supply of Thorngage Ale. I assure you their disappearance has a dark mystery attached to it, even if I was not able to confirm all the details.

Barrels of beer behind cart by iStockPhoto.com/Igor11105
I visited several taverns in cities along the coast that were known to carry Thorngage Ale. They reported that they had met 2 or 3 different halflings from Thorngage Manor. These individuals traveled the roads, delivering ale. They always followed a precise schedule. For example, they would arrive at a quarter to 9am on Tuesdays at Logan's Ville Tavern. It was a rare day when they would be a few minutes late. The Bloody Beak tavern even set their clocks to the arrival time of the cart, it was that consistent.

The delivery team consisted of Constance, Milo, and Franklin. They often checked a time piece. However the servers at Logan's Ville could count on the halflings taking time for breakfast. They wore a similar style of clothing, including vests and overcoats. On hot days in the summer they would still arrive in long pants and layers.

The wagon saw several years of use but they kept it in the most pristine condition. The wheels were likely buffed out so there were no noticeable dings. Dust and dirt were promptly removed from the undercarriage and sides. The wagon and driver would return the way they came. Several taverns reported thinking they were the last stop on the drivers route. Carts would have had to leave the North one week and arrive at the various locations the next. They never reported having trouble with bandits or getting stuck on the road.

The ale from Thorngage had a pleasant taste and made your insides warm. It sold quickly and earned many fans. In the south wineries welcome guests and visitors to gather patrons and promote sales. The only way to get an order of Thorngage Ale was to catch one of the halflings at a current delivery location. No one I talked with had visited Thorngage Manor to see the winery in person. The reclusive halflings valued their privacy, perhaps more than the coin made from the Ale.

At the Honorable Pheasant tavern they had misplaced a barrel in the storage room. They brought it out 3 years later and the taste was the same! Rumors spread fast and demand was insatiable along the coast from the Coral Gate down to the Walled Cities just past the Elinair swamps. It has been at least 10 years since deliveries stopped. Rumors still abound with tavern regulars of the amazing ability of the Ale to hold its flavor after such a long time. 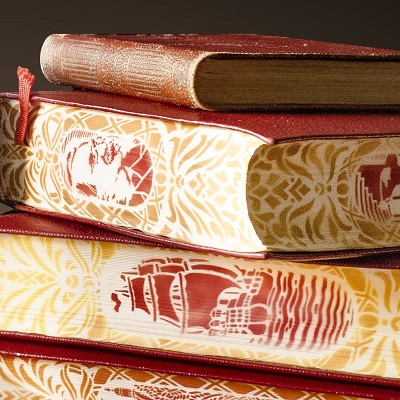 Labeled Book Lot by Photos by Pixabay
I found few leads into the location of Thorngage Manor, what I did find is that the Halflings had a side business copying spell books and crafting scrolls for Wizards. It is unclear if the same halflings that delivered the Ale also visited wizards. All work was by referral and a representative would come to a potential customer's home to get the scope of work. One apprentice I talked to mentioned that the halfling picking up the spell book or other items to be copied would always have on a necklace that shielded him from detection spells.*

It may be likely the Halflings also had access to an old dwarven forge and could enhance nonmagical armor with Dwarvish runes. It was an old art that has not been practiced by the Dwarves for decades if not a century. The industrious and ingenious Halflings kept producing a steady stream of work. Many of the noble houses in cities to the south have a piece of armor they claim was from Thorngage Manor. There are no defining marks and no way of documenting a trail of ownership but the presence of so many pieces with the runes helps support the rumors.

I found scant records regarding the location of Thorngage Manor but on a whim made a trip to the Etonia Fish and Biscuit Rally. I discovered that the locals there believe Thorngage Manor was located in the forest to the East of the city. I stayed a night at the Red Lion Inn, about a day's journey East of Etonia, along the Long Road South. The Innkeeper there confirmed the stories and even suggested a region of the forest to start looking. Perhaps on another trip North I will recruit a team to travel with me and investigate Thorngage Manor.

*The apprentice talked to me confidentially so I can not provide more information about him.

Answering: "an ethnicity whose cultural exports are highly sought after"
Visit George Sanders's Competition Page Check all other answers to this prompt Competition Homepage 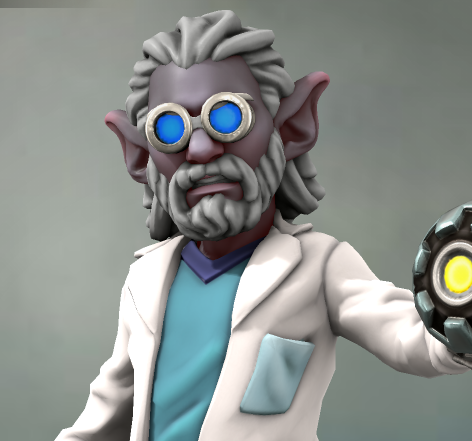 Those halflings sure seem to have quite the amount of good trade goods. I can understand why they would try to find them again. Nice mystery that nobody really knows where their base of operations is.

Feel free to check out my February Bestiary page if you want to see what I am up to!